The need for solar-powered air conditioners is vital considering how according to energy.gov, three-quarters of homes in the US use air conditioning which consumes about 6% of total electricity usage costing $29 billion annually and releasing 117 million metric tons of CO2! Switching to solar powered energy-efficient air conditioning can help decrease the load from the environment and save considerable amounts of money.

At a time when working toward becoming carbon-neutral is at the forefront of domestic and international policy, the massive energy consumption required for the simple task of keeping us cool in our homes needs to be addressed sooner rather than later and solar air conditioners could be the solution.

The solar air conditioner is a great choice for almost all types of users. It’s ideal for areas where power cuts are frequent or where there’s no electric power. Being available in various sizes, it suits industrial usage as well as individual household use. 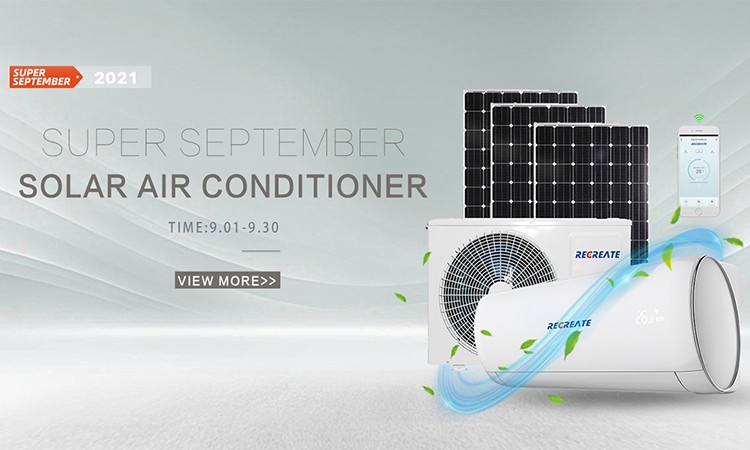 Additionally, while solar powered air conditioners are quite an investment,they come with multiple advantages:

The only limitation of the solar air cooler is its dependence on solar energy. This makes it likely to be affected by weather conditions. It can not be used effectively in cloudy conditions. At that time,maybe you can think about a solar storage system with battery banks for your home.

ALB is a professional manufacturer specializing in the design, development and production of new energy products and power storage systems.